The breadcrumb trail links represent the path to the current page relative to the homepage link.

The gaunt and anemic animal "was not ready to give up."

Animal Control Peace Officer Isaac Firt said the sight of Terra was one of the worst things he’d ever witnessed on the job.

It was Christmas Eve 2019. Firt was on duty and on his way to a stray dog call in central Edmonton. He was shocked and saddened by what he saw.

“When I first arrived, I saw a man holding a limp dog,” said Firt.

“The dog couldn’t lift her head and she was foaming at the mouth. Her eyes were blinking but really slowly.

"The man handed me the dog who felt very cold to the touch. I could feel her rib bones through my gloves.”

Emaciated, unable to stand and severely anemic, the Shepherd-cross needed emergency care to survive the night.  Firt and fellow officer Brett Myshak raced the dog to the Guardian Veterinary Centre.

She was then transferred to the City of Edmonton’s Animal Care & Control Centre (ACCC) and into the care of Registered Veterinary Technologist (RVT) Supervisor Karen Melnyk and her team.

The Shepherd-cross’s name is Terra.

“When Terra first came to us, she was near death,” said Melnyk. “She weighed only 10.7 kg and couldn’t even stand. But the way she looked at you and wagged her tail told us that she wasn’t ready to give up. We all decided we were going to do whatever it took to save her life.”

Animal Care & Control experts watched her around the clock, every three hours turning her to prevent sores. They made sure she ate her meals. They gave her extra doses of TLC.

It took a week before Terra could put weight on her legs. Her caregivers suspected she was suffering from a serious infection in her uterus. Surgery was required. But surgery required that Terra put on more weight. Then a six-hour blood transfusion.

“We all knew this could have very well been her last hours,” said Melnyk. "But, she pulled through and we were all thrilled to see her open her eyes.”

Terra is on her way to recovery

After surgery, Terra recuperated for a weekend at an ACCC staff member’s home, monitored closely by an experienced registered veterinary technologist.

Today, Terra is making significant progress. She weighs more than 21 kg. She is often seen prancing through the halls at the animal care centre with her tail wagging. She is still building muscle mass, but is well on her way to being a healthy six-year-old dog.

Once Terra is fully back to health, she is set to be adopted through a rescue group.

Charges have been laid against the pet owner under the Animal Protection Act.

If you see an animal in distress or you are concerned for its well-being, please phone 311. 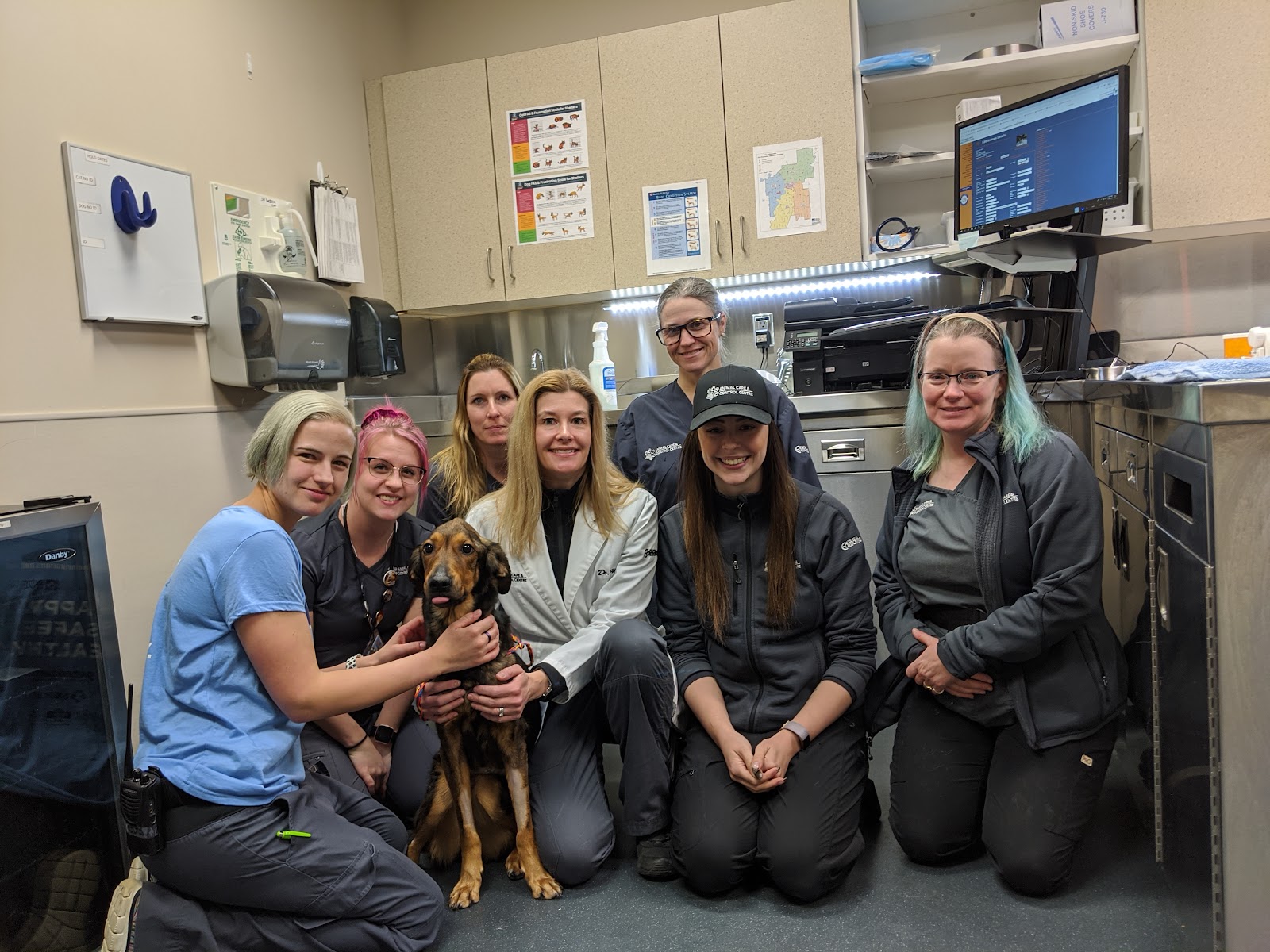